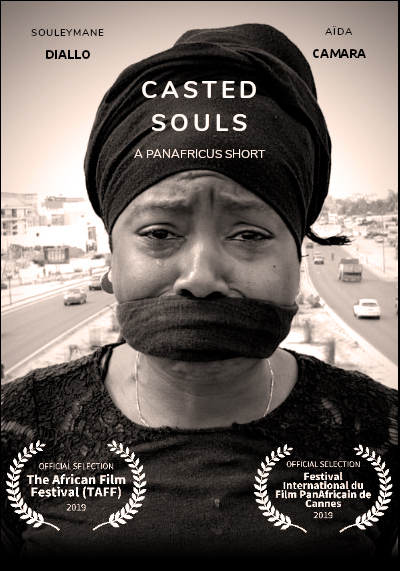 Casted Souls is the latest work of award-winning Burkinabé screenwriter and director PanAfricus. This short film, featuring Wolof poetry offered by Souleymane Diallo, a Senegalese journalist and poet, illustrates the common theme of young love made impossible by an ancient caste tradition, which has jeopardized many relationships and mariages in Senegal and throughout the world. An emotional performance by Aïda Camara makes us feel what it means to be speechless in the face of faceless and feudal dogmas. Fully filmed with two smartphones (Samsung Galaxy S8 and S7 edge), Dakar and Thies in Senegal, and Brikama in The Gambia.
Genre: Drama