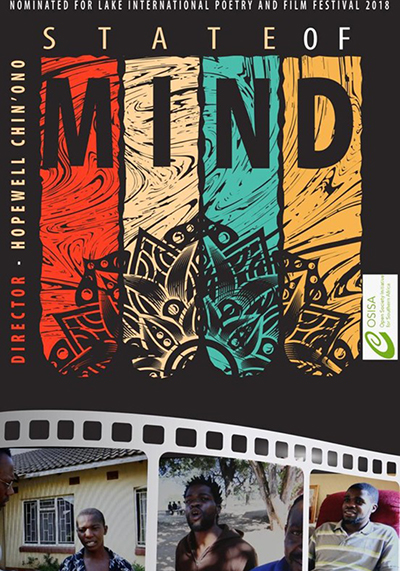 State of Mind is a documentary film looking at mental illness in Zimbabwe. The central character in the film is a Professor Dixon Chibanda who is Zimbabwes leading psychiatrist. He set up the Friendship Bench program, which is a mental health intervention to assist Zimbabweans who live in poor neighbourhoods. Ninety percent of Zimbabweans struggling with mental health conditions do not have access to medical facilities. The film shows how mostly women who have been assisted on the Friendship Bench are then put on a program called ZBags. They are taught how to weave bags at Z Bags, they sell these bags to earn a living. Most of these women would have suffered from depression due to the unbearable economic pressures in Zimbabwe and the domestic violence that ensues. The film then goes into Harare Psychiatric Hospital where it captures four vivid and powerful stories of four Zimbabweans battling bipolar, schizophrenia, psychotic and depression disorders. Dr Chibanda is treating all these patients except for one woman who gets better when he intervenes. This woman goes on to die due to lithium toxicity and her funeral is captured in the film. The film follows their treatment and then captures them at home showing how they would have improved and what they end up doing with their lives. Oliver Mtukudzi wrote the soundtrack of the film, he is one of Africas biggest artists and Zimbabwean music icon.
Genre: Drama