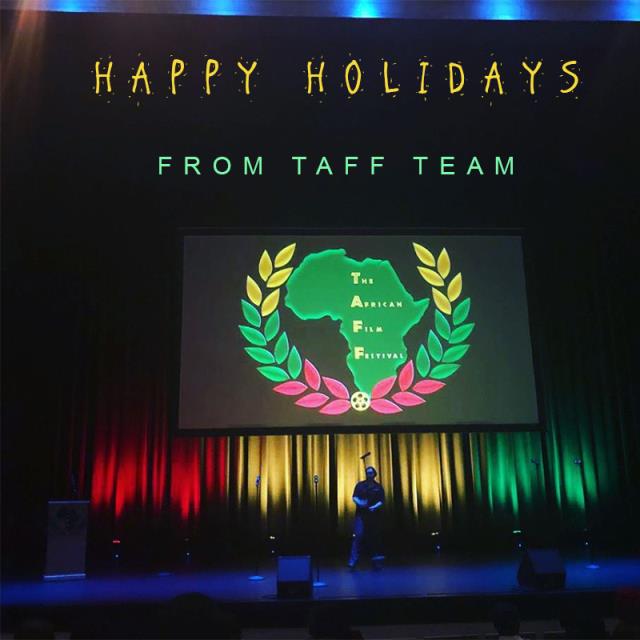 As the year comes closer to ending, we want to take a moment to wish you and yours memorable holidays. As we celebrate Christmas and anticipate the New Year, we cannot help but reflect on the year 2018. It has been an amazing journey, and we could not have accomplished the many things that we did without you. With your support, and the support of our partners, we did not only execute a successful 5-day festival in Dallas; we also implemented several film workshops around the world, facilitated by our hardworking TAFF Ambassadors. We need your stronger support as we build The African Film Festival with hopes of getting the financial sponsorship required to sustain the organization and its goals. We are proud to be one of the major sources of quality African films around the world. 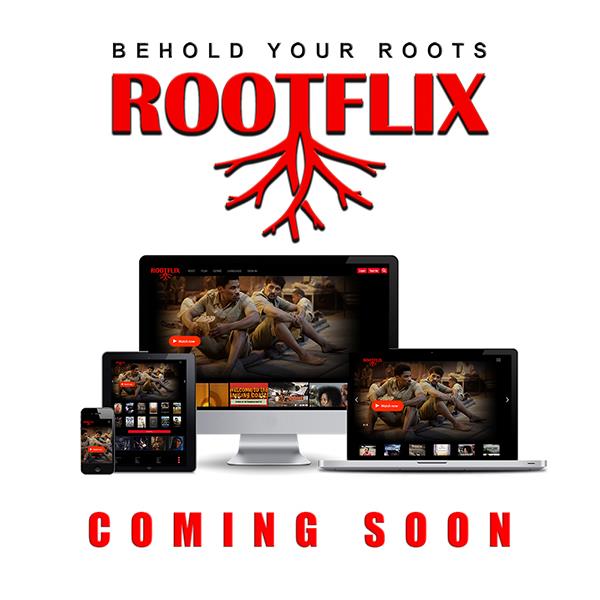 One of the challenges that we face, like most film festivals, is guaranteeing distribution to the great films that are selected and screened at The African Film Festival. Luckily, our Founder and Director is not only a filmmaker that understands the struggles of fellow creatives; he is also a Software Engineer. With his background, he has been able to design and create ROOTFLIX to serve as a streaming platform for films that are selected to TAFF and other festivals – at the consent of the filmmakers. We want to use the subscription-based platform to eventually compensate creatives for the hard work they put in making such great films that often end up nowhere. Often times, supporters even ask for where to watch some of the films that they missed during the festival. ROOTFLIX is the solution and will launch First Quarter of 2019. 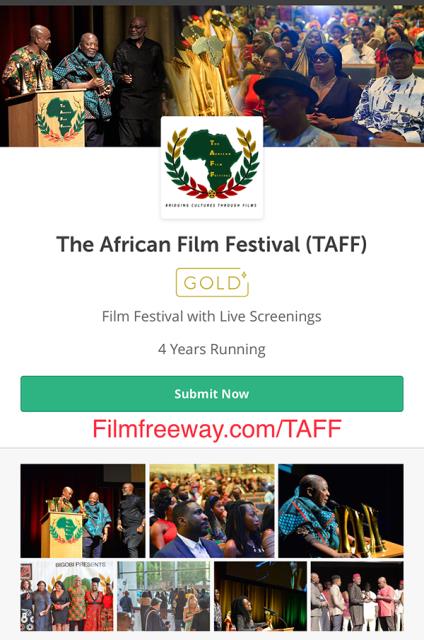 Film submissions started on October 1st and will end on January 15th, 2019. Best films that meet the selection criteria will be entered into jury competition. And as usual, awards will be given to the winning films and filmmakers during the Closing/Awards night. Submission is through FilmFreeway.com/TAFF TAFF welcomes sponsors. An effort such as this is not without strong collaborators and supporters who share our vision. Please contact us if you would like to be a sponsor. TAFF welcomes volunteers. Volunteers are a vital part of The Festival and volunteering comes with many privileges, including ALL ACCESS PASS to all our events. Volunteers have opportunities to help shape the event, making it a memorable experience for our filmmakers and attendees. In exchange for your time, you are given the opportunity to attend ALL Festival events, including After Parties and Behind the Scene activities.

TAFF is growing rapidly and positively within a short period of time. Apart from executing film workshops in various countries, we will launch African Women Arts & Film Festival (AWAFFEST) - a sister festival to TAFF and a platform to appreciate arts and stories of African women.